Yesterday I received an email from BBC Introducing saying I’ve been playlisted for the show on Saturday at BBC Merseyside! Tune in at 8pm to hear one of the tracks from my EP, I’ll leave it a surprise as to which one 😉

Recently I’ve been writing loads and focusing on honing my writing skills.  By really focusing on that side of things, I haven’t stopped writing! Last week, I managed 3 songs and last night I sat down with the phrase “Wasted Time” running around my head and by 11pm I had a fully formed song.  I’m not taking this for granted, when writers block hits, it usually hits hard! I’ve shared 2 songs over on Facebook.  I’ll explain a little more about them now…

Whilst on the train home from Manchester one day, I took a picture out of the window. I tried to take a nice picture of the fields as the light was making them look really pretty, instead, my phone focused on the rain.

The photo made me think of focusing on the rain in bad times and having to remind yourself that “Seasons change, the way they ought to do” (lyrics from the song!).

Here’s the song that came out that same evening…

I wrote going wild over a whole Friday, it didn’t even feel like I was writing a song. I just kept picking up the Guitar and jamming with the same chords. By the end of the day, I had this fully formed Song that I could NOT get out of my head (as much as I tried!)

Here’s the video I made…

This is a song I’d love to take to a recording studio, the list for my dream album get bigger every day!

I’ll hopefully be sharing a few more songs over the coming weeks so stay tuned and make sure you are connected to me on all the social media platforms below! 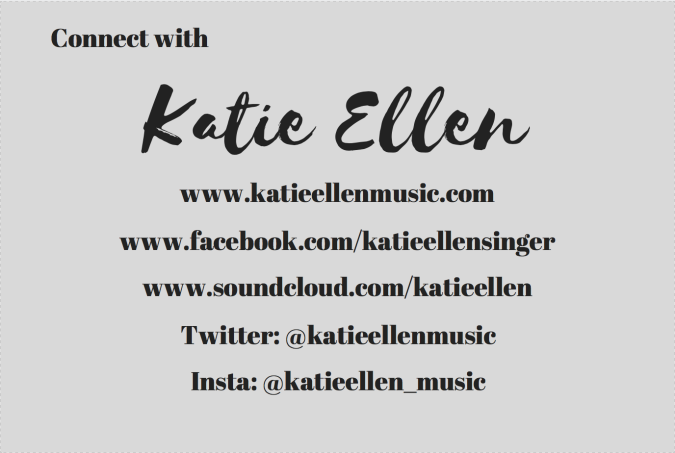 Well, what a busy couple of weeks it’s been!

On Tuesday I played 2 sets at Manchester Food and Drinks Festival and played another yesterday (Sunday) and then I had another, very special gig. I was asked to sing and play a song for a couple celebrating their one year anniversary at a restaurant. It was a surprise organised by the husband and it got me thinking…

Are we too concerned with reactions on social media and not giving enough time for live, face to face music? I’m not denying that there is a place for ‘online artists’ but it doesn’t compare to the emotional and real reactions of real life.

I wrote a new song yesterday and after 2 gigs and another cold, I was so tired! But as always my brain decided to give me another idea and I started writing again. Only half a song came out before I really HAD to call it a night. I feel very inspired and it’s very welcome after a couple of weeks of minor writers block.

What do you think of social media’s part in the music industry?